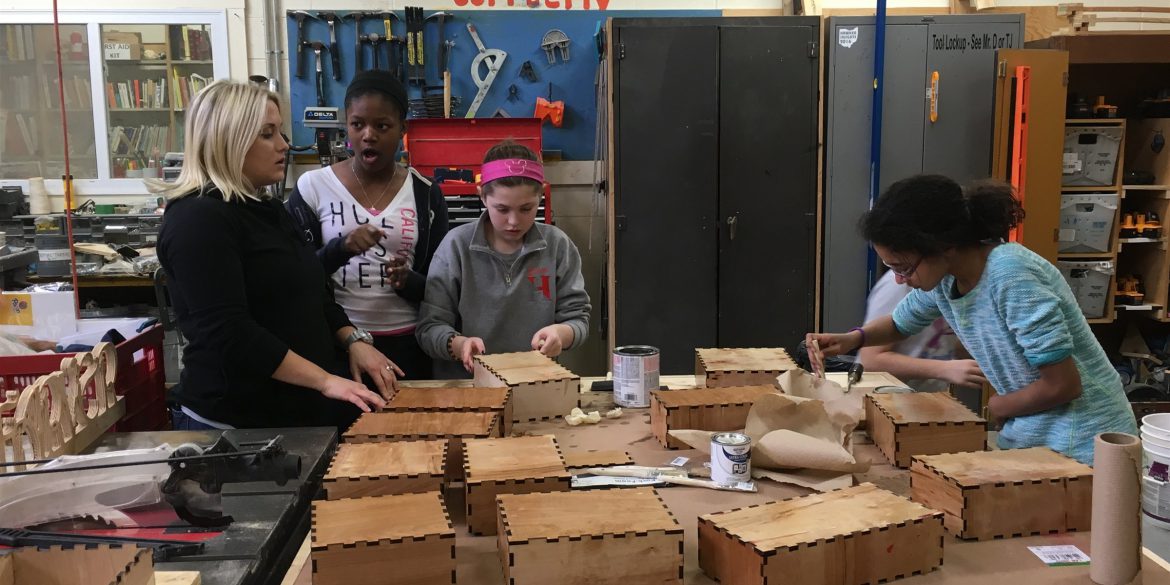 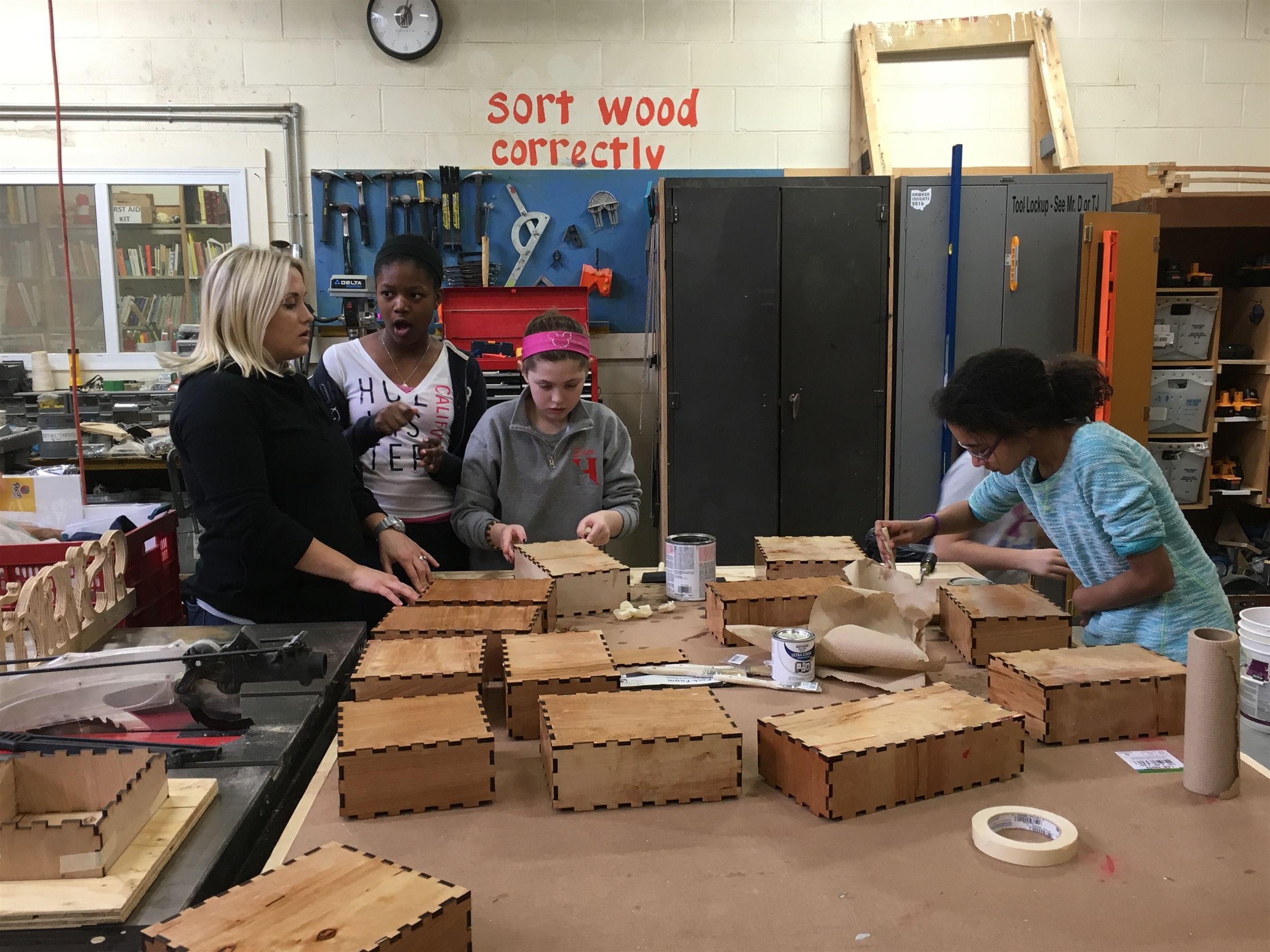 Creating things is Nick DiGiorgio’s passion, so he wasn’t the least bit daunted when he was hired to oversee a Fablab that hadn’t yet been built.
Instead, being a problem solver, he created a makeshift Fablab, right in the hallways of Hawken’s Upper School. Appropriately, this maker space is outfitted with makeshift tables along with a makeshift office that includes makeshift furniture.

While the space itself may not be much to look at, the students’ creations certainly are.

In DiGiorgio’s prototyping class last semester, students created items ranging from LED hangers to a chess set to a robot. Students in the freshman physics intensive worked with DiGiorgio in the Fablab to design and create their simple circuit project; one student laser cut a stop light; another laser cut pieces of a puzzle. Most recently, students in Ms. Delia and Ms Lupo’s Middle School Insights class, “How to Make it in the 216: Innovation and Design in Cleveland,” visited the Fablab to create a box for displaying their vision of an original, creative concept designed to make the city of Cleveland better for its residents.

The maker space includes a Shotbot CNC Mill (computer numerically controlled), which cuts shapes out of wood; a laser cutter, which has the ability to etch the top layer before cutting out the designated shape; a vinyl cutter, which can be used to make stickers; and a 3D printer, complete with a rainbow of plastic color “inks.” The final component of the Fablab is an electronic station for soldering and building simple circuits and PCB boards.

The Stirn Hall Fablab, to be unveiled at the Grand Opening on August 21, 2016, holds great promise for Hawken’s future designers and makers. Students are pumped about the possibilities, some of which have already been realized. “It makes everything look good,” one student commented; “I can’t wait to use the 3D printer!” said another. The overwhelming consensus: It’s really cool. 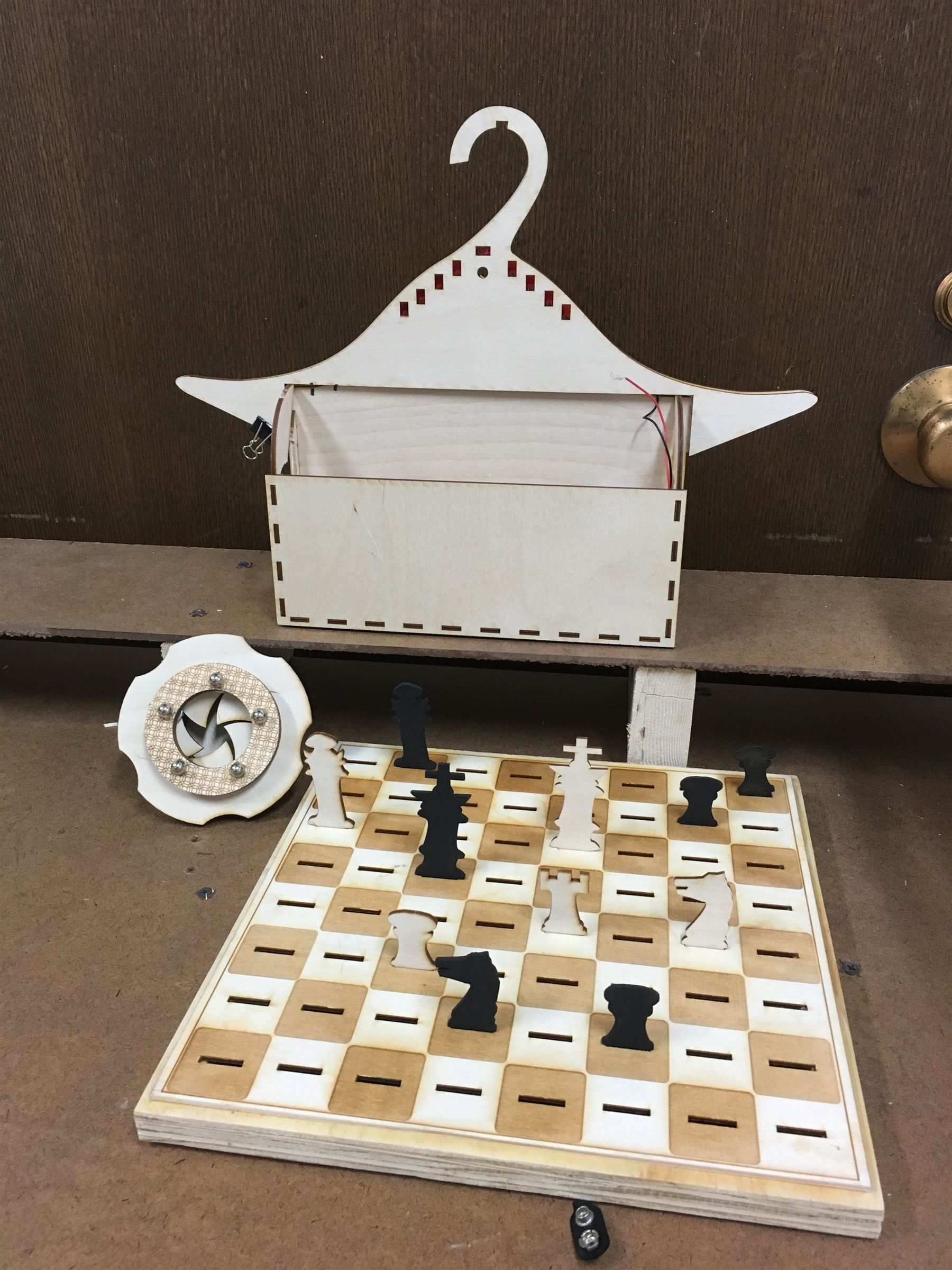