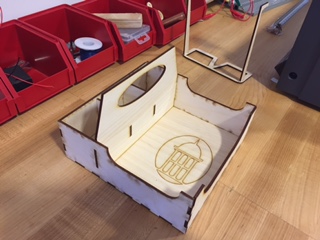 Brian and I started off making our kitchen caddy by taking the salt, pepper, and napkins from the lunch room to measure them. We got measurements, so we could see how big we needed to make the whole caddy. We decided to split the caddy in half, and then we split one half into thirds, so that the salt and pepper could be secure in the caddy. We found that in the caddies already in the lunch room, the salt and pepper are not secure and often fall out. After making sections for the salt and pepper, we made cut outs in the other half of the caddy where the napkins would sit. The cut outs would make it easier for the user to reach for the napkins. The cut outs are also in the lunch caddies in the lunch room, and we thought they were a good feature that we should keep in ours. All of the different aspects we added and used in our construction of the caddy came throughout our process of designing and cutting out multiple prototypes made of paper and cardboard. After making multiple models and correcting different mistakes in each, we finished the final, 0.125 inch wood model. The final model has the two halves with one cut into thirds, the cut outs that allow for better napkin accessibility, and the Hawken logo underneath where the napkins would sit to personalize the product for our school. 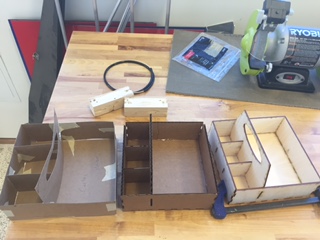 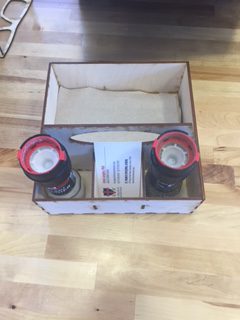 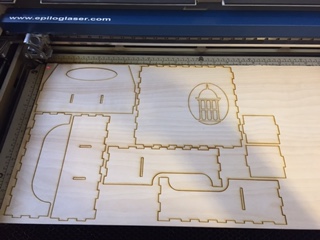 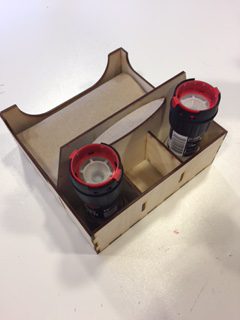 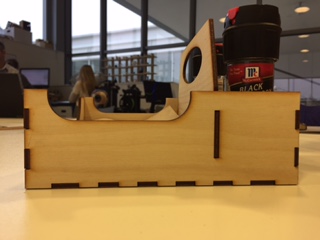 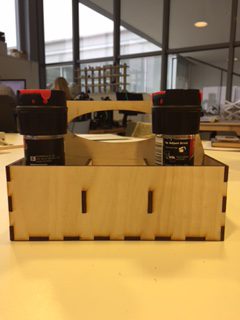